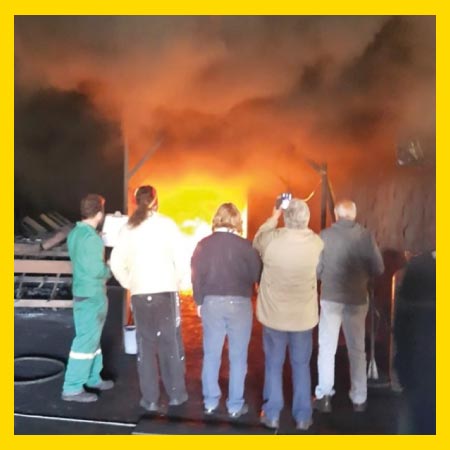 A Degree of Safety

|
Categories: News & Articles
Various fire incidents recently occurred underground, and each fire had the potential to result in a major incident. No lives were lost during any of these fires, but some necessitated the activation of emergency and escape procedures.

During investigation it was found that none of these fire detection monitors registered conditions that would trigger fire alarms in the control rooms at the mines. All incidents of conveyor belt related fires were detected by the early observations of employees working in relative proximity, or passing by the locations where the fires originated.

As a result, a decision was made to investigate opportunities for improvement in the effectiveness of the fire detection systems currently deployed in the underground mining facilities of some collieries. A case study involving some underground collieries was done to determine the effectiveness of their fire detection systems and identify the aspects that could be improved. 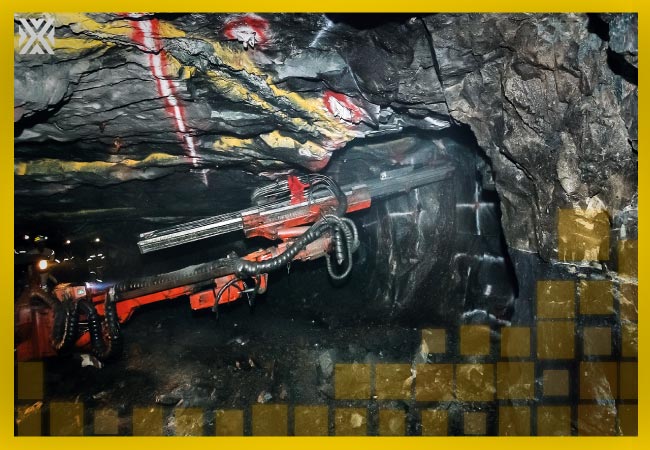 These collieries mostly use telemetric continuous monitoring fire detection systems with carbon monoxide (CO) sensor technology, aimed at reacting to the concentration of CO released during a condition of combustion. It is known that when smoke containing high CO concentrations is generated, the material is already heated beyond the designed operating temperature and is approaching its flash point, leaving an extremely limited margin for reaction time before the open fire occurs.

In this case study, 29 fire incidents were considered and their grouping is tabled in Figure 1. Furthermore, conveyor belt operations contributed to 83% (24 of the 29) of all these incidents. 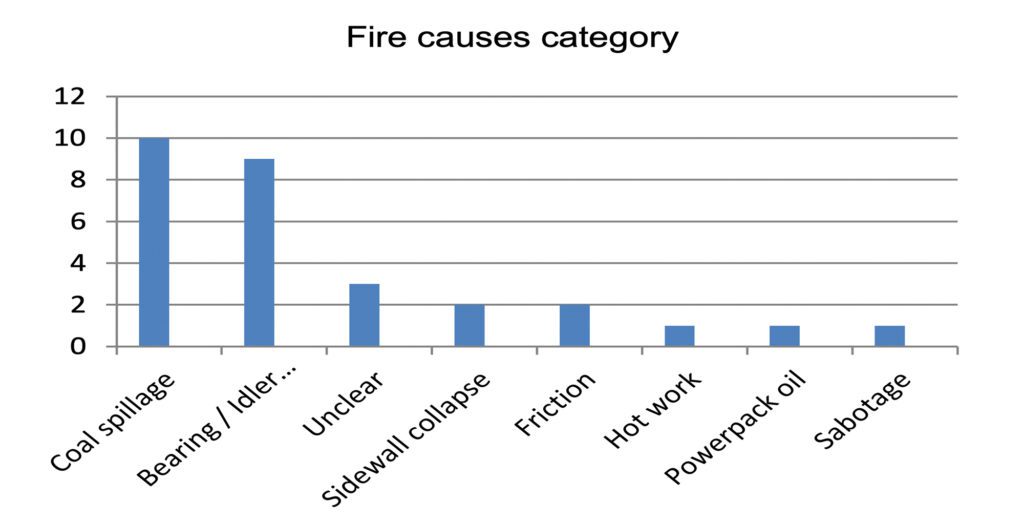 The Case for Change

From this investigation, it was clear that drastic improvement in the effectiveness of fire detection systems was required. Various aspects of the fire detection process were assessed for effectiveness. The objective of this initiative was to investigate the responses of existing toxic gas detection devices and/or new technology of fire and toxic gas detection devices that would trigger emergency actions at their soonest to prevent fires from reaching life threatening conditions. The focus was on conveyor belt trajectories and conveyor belt material, along with their payload.

The most critical aspects are briefly addressed in this report.

The use of CO sensors did not only provide early detection, as per our expectation, but we also found that the material needs to be in an advanced state of combustion for alarm conditions in order for CO to be liberated. The need was to identify at least one additional toxic substance that would be released and detected while the material was being heated, before the combustion reached flame propagation. This substance would act in combination with the CO toxin as a fire indicator.

Fire detection trials were conducted at the Kloppersbos testing facility of the Council for Scientific and Industrial Research (CSIR) in South Africa for alternative early warning toxin indicators. The following chemicals that were detected during previous conveyor belt tests for toxicity in a laboratory, that are also listed as potentially lethal, were assessed: 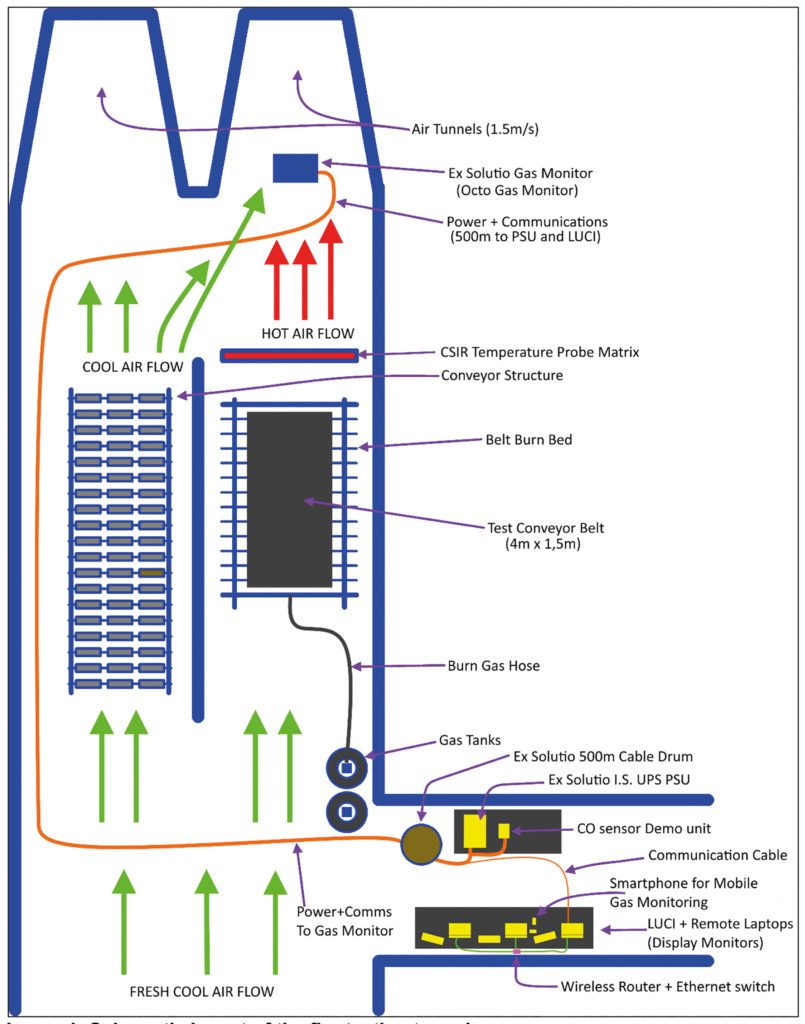 The CSIR-managed fires and explosions testing, training, research and development facility at Kloppersbos helps achieve safe working conditions for South Africans in industries where fires and explosions may occur. The facility provides a full-scale surface testing facility for the evaluation of underground explosion suppression systems, the flammability of conveyor belts, dust suppression systems for continuous miners, and similar investigations.

The unique location and size of the facility allows for the demonstration of large-scale coal dust/methane explosions, making it an ideal venue for basic and refresher training sessions for underground workers.

A schematic layout of the fire testing tunnel is presented in Image 1. The two air tunnels shown at the top of the layout are connected to a centrifugal fan providing thorough ventilation for the testing facility to resemble underground ventilation conditions.

Image 2 is a picture of the test facility where a 1.8 metre x 4.0 metre length of conveyor belt is set on fire. The performance and behaviour of the fire is monitored by multiple sensors placed on the other side of the fire and downstream from the observing team. The heat source underneath the conveyor belt consists of six burners fuelled by Propane to produce 3000kW energy. 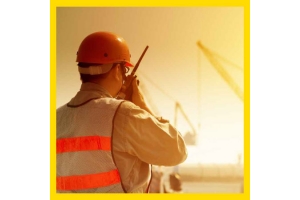 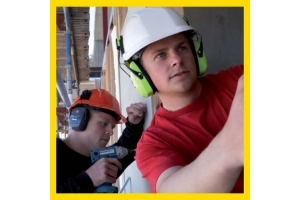 Hearing Loss Prevention: What You Should Consider 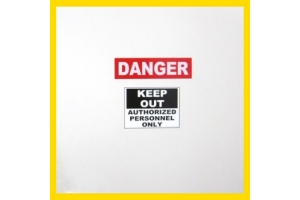 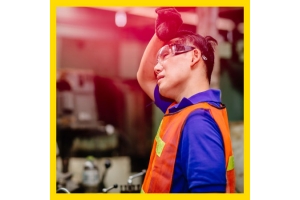 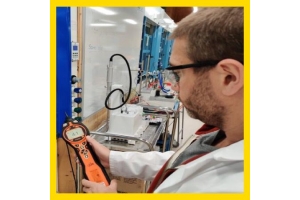